Working towards a ban on Greyhound Racing in WA

Australia is one of only eight countries in the world which still has a commercial greyhound racing industry – and Australia’s is the biggest. A country of animal lovers, Australians were rightly shocked by 2016’s ABC Four Corners expose ‘Making a Killing’, which revealed many examples of illegal and unethical practices across the NSW industry. This included live baiting and horrifically high rates of ‘wastage’ – the mass killing of healthy dogs deemed not fast enough or otherwise unsuitable for racing. Across Australia, tens of thousands of these gentle dogs have been killed – shot and bludgeoned and buried in mass graves.

Alison and the Greens want to see greyhound racing banned across Australia. The ‘sport’ is inherently and unavoidably cruel, no matter what minor improvements are made. It priorities profit over animal welfare – a key focus for Alison and the Greens locally and nationally. Greyhounds, like all animals, are sentient beings. They deserve to be treated with sensitivity, compassion and humanity. They must certainly not suffer for our entertainment.

Alison will continue to work with stakeholders; non-Government organisations and other animal lovers to achieve further reforms in the greyhound racing industry in WA, with a goal of working towards the industry’s abolition. 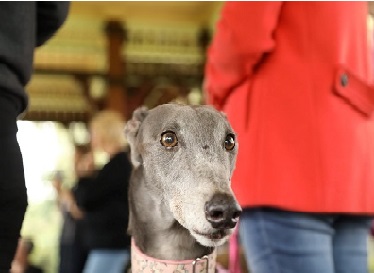