A lawyer with a background in industrial, equal opportunity and human rights law, Alison Marie Xamon became the first Greens candidate to win a seat representing East Metropolitan Region when she was elected to the 38th Parliament in 2008. She took her seat in the Legislative Council on 22 May 2009.

A passionate social justice and environmental campaigner for close to three decades, Alison has been involved in activism movements from protecting forests and nuclear disarmament, to education, health and human rights campaigns.

Professionally, Alison began her career as a qualified playleader working with children at risk but soon made her way to the union movement where she worked as an organiser and industrial officer for both the State School Teachers’ Union and Australian Nursing Federation. She later became a lawyer for the CEPU. Outside of her paid employment, Alison was active in the community legal sector as a member of the board of the Environmental Defenders’ Office, the Women’s Law Centre and was Chair of the Employment Law Centre.

Upon her election, Alison quickly earned a reputation as an active and hard-working MP, whose contributions to legislation, passion for serving her constituents and commitment to protecting the environment were driven by her desire to improve the lives of her fellow Western Australians. By 2013, when her term ended with defeat at the March election, Alison had campaigned for a moratorium on fracking, worked to protect WA’s precious water supplies, gained Government concessions on uranium safety regulations and contributed to the framing of a new approach for people with mental illness or intellectual disability who have had adverse dealings with the law.

Alison also introduced six Private Members’ Bills, including the Occupational Safety and Health Amendment Bill 2010, which sought to introduce the offence of Industrial Manslaughter into the criminal code.
As a private citizen, Alison immersed herself in mental health and suicide prevention advocacy, working with prisoners and disability advocates while continuing her legal work, including working with refugees.
She was re-elected to represent North Metropolitan Region in the 40th Parliament in March 2017 and commenced her current term on 22 May 2017.

The daughter of a Uniting Church Minister and a schoolteacher and psychologist, Alison was born in Mundaring and his lived in WA her whole life. She lives in Perth with her husband and their three children. 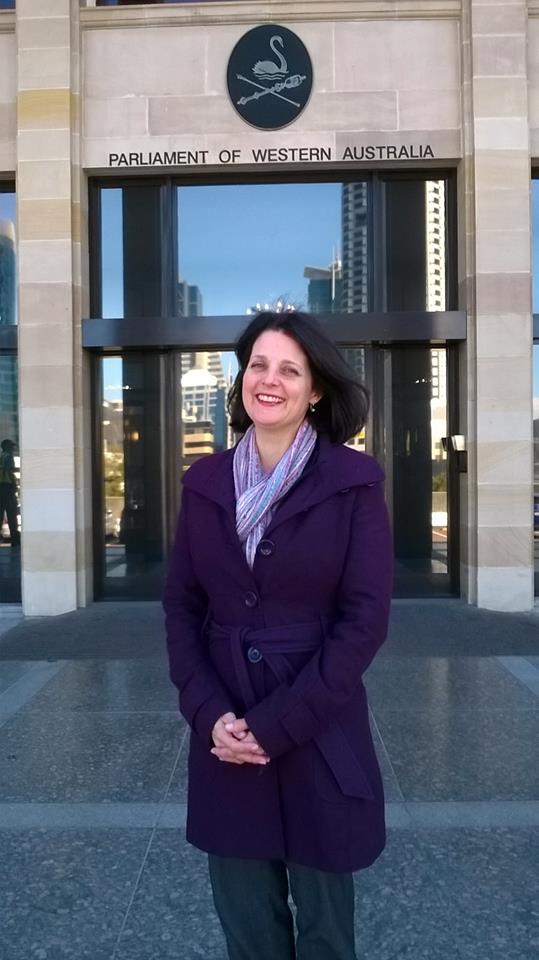