Greens spokesperson for Workers’ Safety and Industrial Relations Hon Alison Xamon MLC is today calling on the Government to take immediate action to protect workers from the clear danger that exposure to silicosis presents.

“We know that this is a huge issue right across the country there is no reason to think WA is any different.  The figures on the numbers of workers with silicosis coming out of Queensland are staggering and early numbers from WA are indicating we may be heading the same way.

“In WA, the Government’s most recent data shows they have already issued a total of 216 improvement notices as a result of their recently initiated inspection program.  Clearly there is an issue with companies not even implementing existing standards,” Ms Xamon said.

“Sadly, this means that the five cases of silicosis in WA that Unions WA is reporting may be the tip of the iceberg.

She said the risk of silicosis has risen with the industry’s increasing use of artificial stone which is typically 90% silica which is much higher than granite or marble.

“According to the Cancer Council 587 000  workers were exposed to silica dust in 2011, and about 5758 of these are estimated to develop lung cancer in the future as a result of this exposure.

“A federal inquiry has recently been initiated but is not due to report back until December 2020 – this is too long to wait before taking action. While the inquiry is necessary there is already enough evidence to show that there is an unacceptable level of risk.

“It is vital that we have a robust inspection regime.  Without this data there is not prospect of prosecuting workplaces that are doing the wrong thing.  We need to ensure we have both the expertise and the workforce within Worksafe to prioritise this issue.

“The Greens (WA) absolutely support Unions WA’s calls for the exposure standard to be reduced in line with evidence.

“We know that the danger exists there is no excuse not to act.” 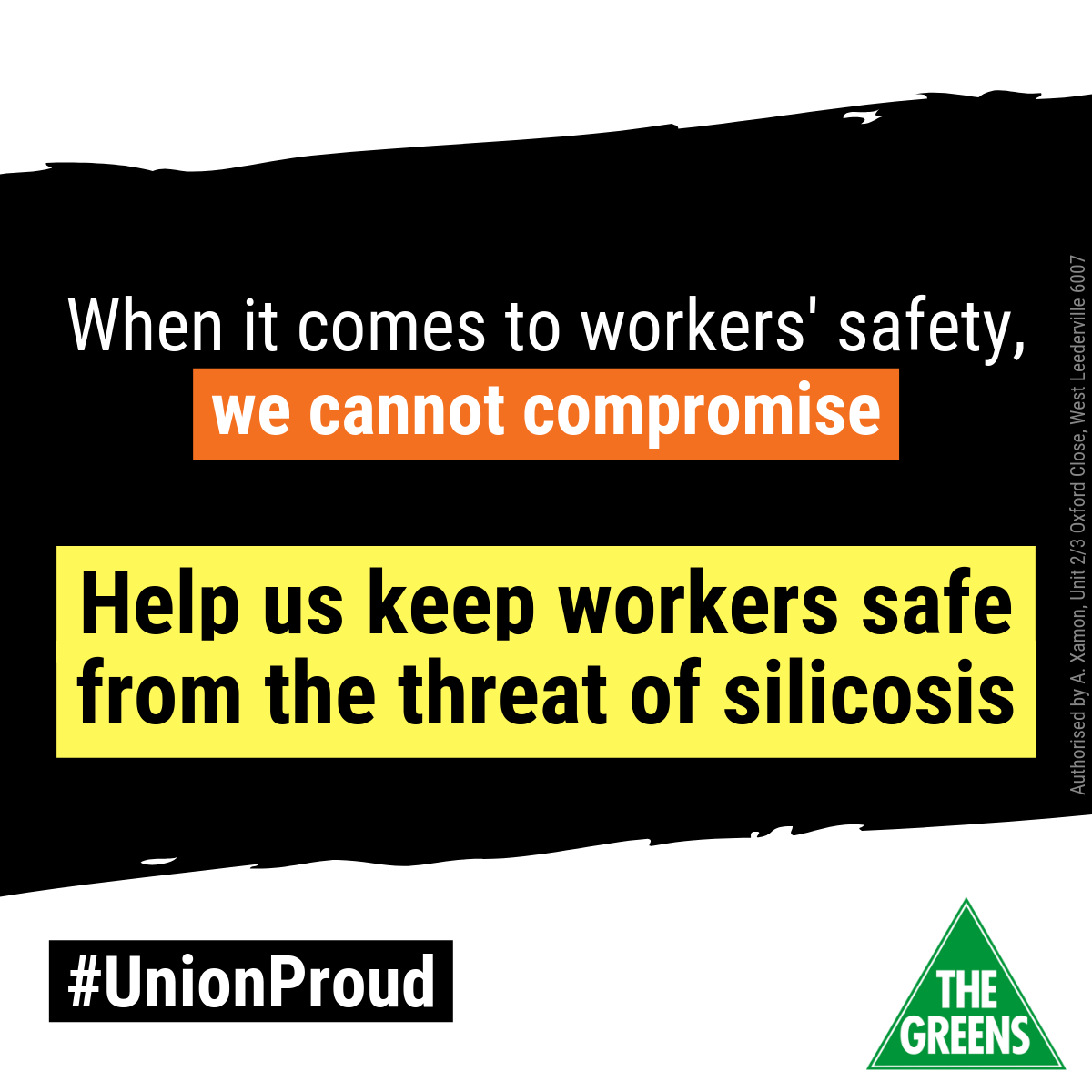