The Select Committee into Alternative Approaches into Reducing Illicit Drug use and its Effects on the Community, of which Alison was Chair, delivered its final report on 28 November 2019, following a 13-month inquiry.

The inquiry explored the health, social and economic impacts of drug use on the individual and community, as well as significant issues in Western Australia, including the use of drugs at music festivals; the widespread use of cannabis, and instances of meth-induced psychosis in the state’s emergency departments. The committee acknowledged that prohibition had failed to stop drug use, and recommended a range of measures including the expansion of the Drug Court to divert users away from prison and into treatment.

Alison’s committee presented a consensus report, indicating support across the political divide for reform in this space.

Disappointingly, after an eight month wait for its response to the committee report, the WA Labor Government in June 2020 chose to ignore recommendations setting out the case for the introduction of harm-reduction measures and an expansion of the Drug Court. Its cowardice and determination to stick to the status quo represent a missed opportunity for real reform in this space, which is vital to reduce deaths and protect the community from drug-related harm.

Right: Alison delivering the consensus report, Help not Handcuffs, to media outside Parliament House in November 2019. 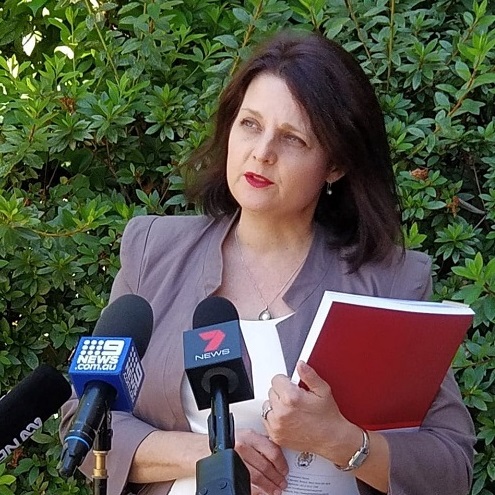