She said the bill would create one tool to contribute to reducing the gap, which in Western Australia is about 7% higher than the gap Australia-wide.

“Western Australia has the highest pay gap in the country, with women earning 22 per cent less than their male counterparts – this is compared with 15% nationally*,” Ms Xamon said.

“Shockingly, the gap is around the same as it was 30 years ago.”

Ms Xamon said pay inequality was present at all skills and income levels across all industries, with some sectors such as finance and retail having higher than average gender pay gaps.

She said pay inequity limited the choices and opportunities for both women and men as it influenced family decisions about who would undertake care and affected superannuation contributions and retirement savings.

As well as re-introducing her bill to the Legislative Council today, Ms Xamon said she would call on the Government to re-establish the Pay Equity Unit.

“WA should be leading the other States in our efforts to address the gender pay gap because we have the most work to do.” 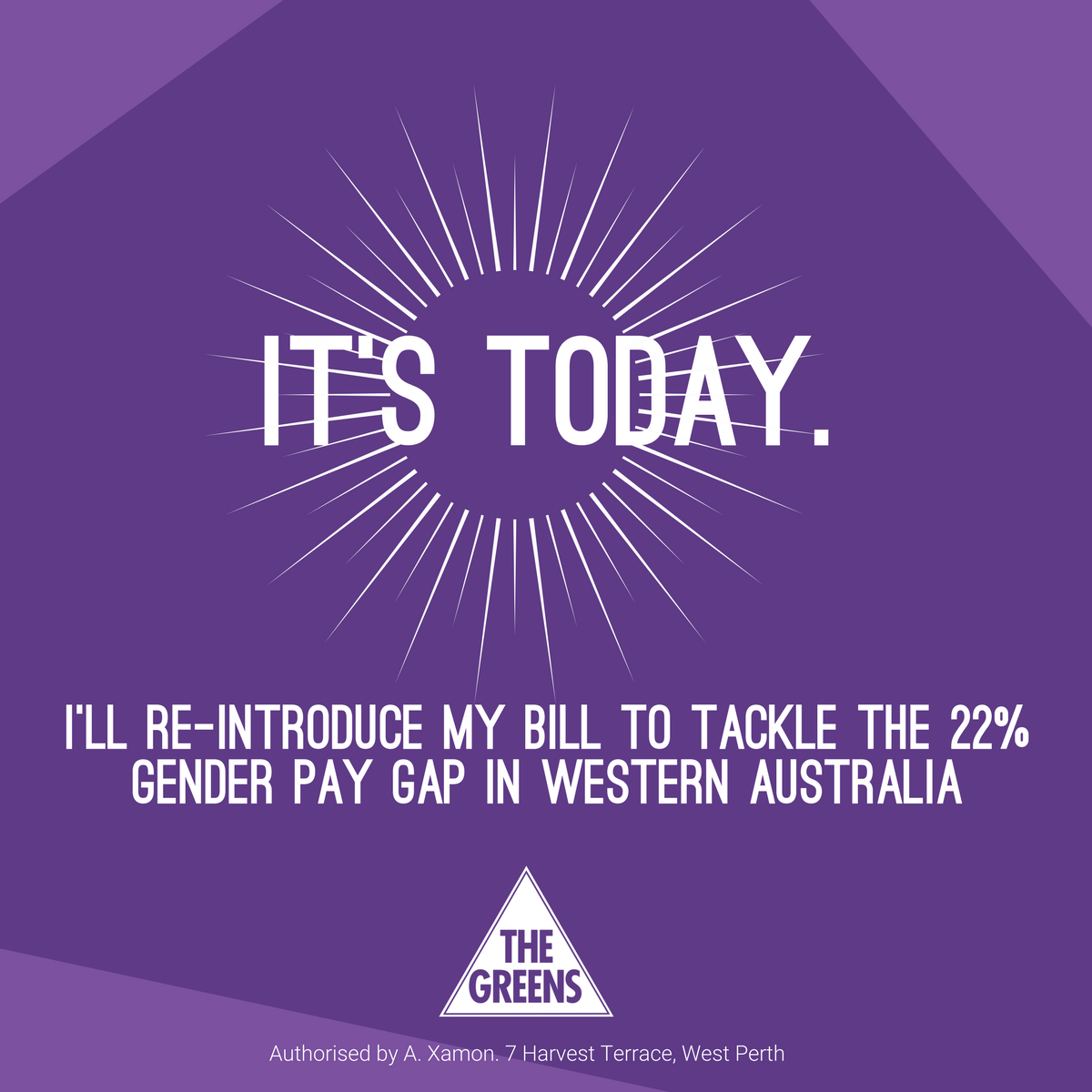