Greens spokesperson for Electoral Affairs Hon Alison Xamon MLC has today introduced legislation to amend the Electoral Act 1907 (WA) to abolish ticket voting and replace it with optional preferential voting both above and below the line.

“Simply put, this Bill will see control of preferences taken out of the hands of parties and returned to the voter where it belongs,” Ms Xamon said.

“Our current voting system presents voters with an all or nothing choice: a voter can either select a single box above the line and hand control of the flow of their preferences to the party or candidate they vote for, or, they must undertake the onerous task of sequentially numbering their own preferences for every candidate below the line.

“Previous outcomes of both state and federal elections have clearly demonstrated that ticket voting has resulted in unintended consequences.  There have been instances when candidates have been elected after receiving less than 1% of the primary vote.

“Ticket voting has enabled parties to game preferences to such an extent that it is unrealistic for a voter to understand the full implications of their vote - this can hardly be considered democratic.

“In Western Australia more than 95% of people choose to vote above the line providing a strong incentive for people to engage in preference deals.

“We saw this during the 2017 state election when 5 micro parties employed the services of a so called “preference whisperer” to maximise their chances of being elected.

“We’ve ended up with a perverse situation whereby micro parties with diametrically opposing values exchange preferences among themselves. This is contrary to what preferences should be about – namely that in the event that a party fails to sufficiently achieve enough first preference votes that the full value of the vote should flow to the next candidate or party which most closely represents the views of the voter.

“The Australian Senate, New South Wales and South Australia have already passed legislation to abolish group ticket voting because of the perverse outcomes delivered by these preference deals.

If passed, the Electoral Amendment (Ticket Voting and Associated Reforms) Bill 2019 will have the effect of enabling voters to easily indicate their preferences at the party level by numbering 1 to 6 above the line from their most to their least preferred party.  Those people who would like to vote below the line will still be able to, but under the new regime they will only be required to indicate their first 12 preferences instead of up to 58 as we saw in the South Metropolitan region during the last state election.

“A democratic society is underpinned by a strong electoral system, and it is clear that our current system is not reflecting voter’s intentions.  I call on my parliamentary colleagues from all political persuasions to show they are serious about upholding the integrity of our electoral system by supporting my Bill.” 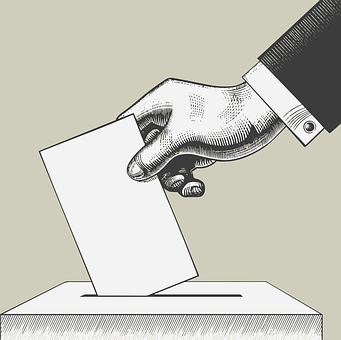