Greens spokesperson for Integrity in Government Hon Alison Xamon MLC has criticised the Government for refusing to support electoral reform banning political fundraisers which offer access to Ministers for large sums of cash.

Ms Xamon said the Government refused to commit to reforming laws which allow controversial political fundraisers such as the Leaders’ Forum, which sells tickets for up to $25,000, when she brought on for debate her Electoral Amendment (Access to Ministers) Bill 2017 in the Legislative Council this week.

Speaking in Parliament, Ms Xamon said functions, meetings, gatherings or events which raise funds for political parties by offering access to Government Ministers for large sums of money represented a fundamental breach of the democratic principles of fairness and transparency.

She pointed out that  Government Ministers were responsible for the administration of Government departments and agencies within their portfolios and have the authority to grant permits, approvals, licenses, land-rezoning, grants, loans, ex gratia payments, dispensations and a range of other legal and administrative mechanisms which benefit individuals and companies.

“People who can afford to pay up thousands of dollars for tickets to Party-run Leaders’ Forum events are clearly there to influence; to present Ministers with information in the hope that their position will be met with sympathy,” Ms Xamon said.

“The people who can afford tickets to these events have vested interests;, they are lobbyists, developers, they are large corporations – and they are there to attempt to sway Ministers’ decisions.

“At the very least this presents the perception of corruption.”

Ms Xamon said the Government’s refusal to commit to scrapping events like the Leaders’ Forum represented major hypocrisy, particularly after in opposition it condemned the Barnett Government for doing exactly the same thing.

“There is growing concern among Western Australians that political donations are influencing public policy – particularly from within the resources and property development sectors,” Ms Xamon said.

“The Government needs to clean up its act and improve its record on transparency – and it can start by scrapping cash-for-access political fundraisers.

“No-body should be able to buy influence.” 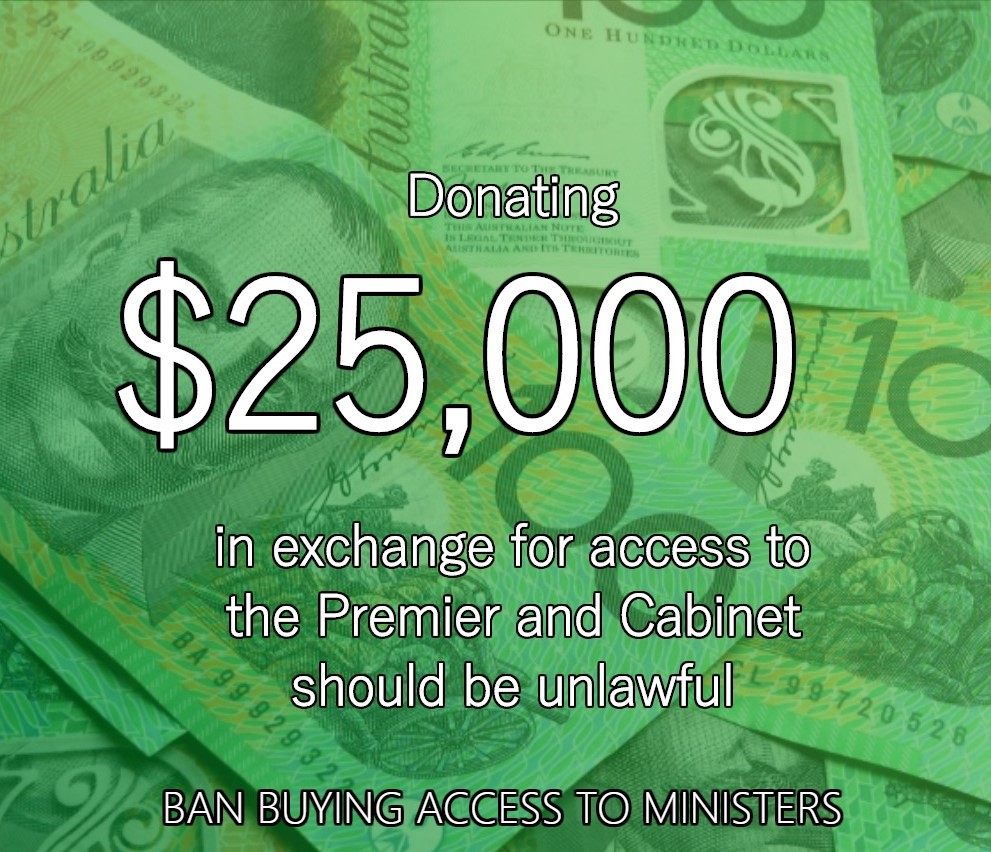